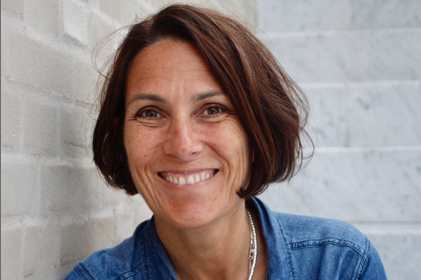 Belinda is the company’s first Creative Director and has a dual role working across current productions and developing premium returnable brands and factual events for our growing list of clients.

She is a BAFTA-nominated filmmaker and an award winning executive producer with over 10 years experience winning and delivering business at a senior leadership level in the UK and US. In her previous Creative Director role at 360 Production (now Rare TV) she oversaw the rapid growth of the company and launched a number of new series and specials including Mountain Vets for BBC 2, Tagged for BBC3, The Nile: Egypt’s Great River with Bettany Hughes for Channel 5, The BBC Pandemic, an award-winning digital science event for BBC 4, Egypt’s Unexplained Files for TCB, Eyewitness: D-Day for National Geographic and Inside Mighty Machines for Smithsonian Channel.

She relocated to Washington, D.C. with her family in 2018 while working in a transatlantic role for Rare TV before making the move to Red Rock Films in September 2019.

“Some people feel the rain. Others just get wet” – Bob Dylan