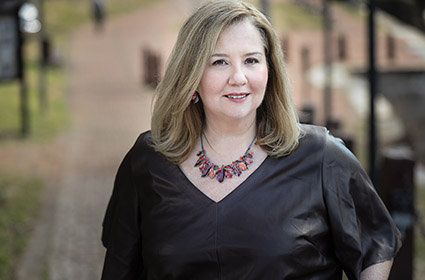 Shannon is responsible for idea generation, pitch development, client relations and supporting the production of Red Rock’s programming. With over 15 years in the business as an editor, preditor, producer and development executive, she has touched on non-fiction’s many genres including wildlife, history, engineering, current affairs and others.

Prior to Red Rock Films, Shannon worked in non-fiction show development at the National Geographic Channel, Nat Geo Wild and Wag TV. Her projects include Wicked Tuna, American Colony, George W. Bush: The 9/11 Interview, Shark Men, Twenty Things You Didn’t Know, Coaster Men and others. She started her career as an editor and producer for the Discovery Networks on projects such as Planet Earth, Discovery Atlas, Real Family of Jesus, and Extraordinary People – to name but a few.

Shannon balances working hard on finding and developing the best possible programming for her clients while also passionately following her beloved Washington Nationals and rescuing & fostering the occasional dog.

“We have to be cool to everybody. Because the future is like a Japanese game show: you have no idea what’s going on.” – Tracy Jordan