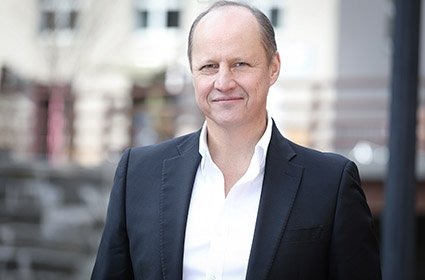 President
An Emmy Award-winning filmmaker, producer, journalist, author, and environmental advocate, Brian Armstrong has been a creative force in media for more than 30 years. Since launching Red Rock Films in 2010 after an extensive career with National Geographic Television and before that as an Australian news journalist, Armstrong has built the U.S.-based production company into one of the world’s largest, and perhaps most technically innovative producers of natural history content. From filming humpback whales in Antarctica to endangered drill monkeys in Nigeria, the company has developed over 100 films, with work that has been watched by hundreds of millions of viewers worldwide.

Brian’s most recent work, Secrets of the Whales for Disney+ won the primetime Emmy for Outstanding Documentary or Nonfiction Series, and the prestigious Jackson Wild award for Best Documentary Series. Armstrong also spearheads Red Rock International and Red Rock Kids. He is the author of The Exotic Booze Club, a memoir of adventures in expedition filmmaking, and was a mentor for National Geographic’s inaugural Field Ready diversity program. In his spare time, he is an avid horse rider and novice cheesemaker.